Techstack: The 7 Theme and Gravity Forms

Character-driven stories with a “specific” point of view

Specifica is the production company for producer Emily Kapnek.

A native New Yorker, Emily moved to Los Angeles when “As Told by Ginger,” was picked up by Nickelodeon. The show ran for three seasons and garnered three primetime Emmy® nominations.

Following that, she worked on “Aliens In America” for the CW, “Hung” for HBO and “Parks and Recreation” for NBC, before creating and executive producing “Suburgatory,” which ran for three seasons.

Emily is also the creator and executive producer of ABC’s “Selfie,” which starred John Cho and Karen Gillan, as well as “Splitting Up Together” starring Jenna Fischer and Oliver Hudson. Kapnek has two sons, Oszkar and Guy. Her husband, Dan Lagana, is also a showrunner. 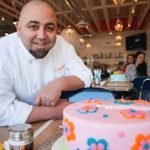 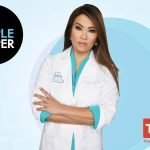